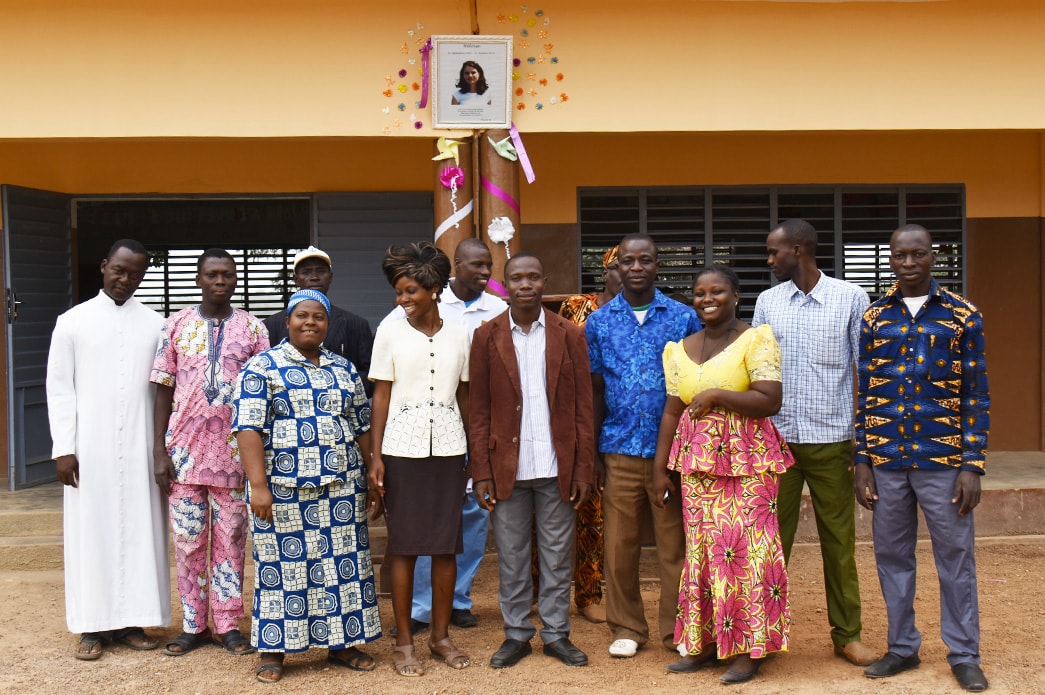 More than 3 years ago, the location where the Alfa Kpara school is currently situated was a desert land. The teaching of the youth would take place elsewhere in precarious conditions preventing the accessibility to an intellectual & spiritual quality education for most of the children :

The new school, called Saint Joseph, was built on that lot under the supervision of Father Gregoire Adouayi, thanks to the support of the Héloïse Charruau Fondation & under the ageis of the Caritas France Foundation.

Now under the direction of Father Paul Diago, the new school held on 2016’s Christmas Eve a commemorative ceremony in honor of Heloïse.

BENIN : From Ouidah to the inauguration of Nahorou school

BENIN : From Ouidah to the inauguration of Nahorou school, The Héloïse Charruau Fondation, represented…

The need for education is enormous in Donga country, in the northwest of Benin. Without…