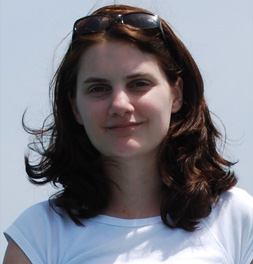 Heloise discovers the life of Faustino Pérez-Manglano, a young Spanish of the Marianist Family, died in 1963 at the age of sixteen and a half. October 31, 2010 “All Saints Day”, a girl completes her way on Earth.Her name: Heloise Charruau.
In the days following her death, many testimonies of relatives of Heloise converge, resulting in the publication of a biography written in four languages*. “She had a message to pass on the gift, especially for young people”, says Marianist priests, more: “Despite her serious illness, she was always concerned about the worries of others, by distilling a fragrance of love and peace.”

Her course draws a furrow of life and demonstrates a decisive spiritual influence: that of Faustino.

A young sporty girl and full of life.
Born in Bordeaux on 26 September 1985 she continued her education at the local Marianist school, Sainte-Marie Grand Lebrun **. After confirmation, some students of her school class are offered to extend their spiritual commitment to a “Team Faustino”.

Shortly before to be graduate of Bachelor in 2003, she faced a cancer of the lymphatic system, the same cancer that took Faustino. That summer, she decided to participate with 200 young people in the Marianist Family* a pilgrimage to Valencia in the footsteps of Faustino.

Faustino became her guide in Heaven  and has awaken in her the “sleeping saint” that everyone carries in itself. During a pilgrimage to Lourdes in 2006, she wrote: “Faustino was my pilgrim’s staff to grow my faith.”

Her life path “love every day more his neighbor and God.”
She has been carried during seven years a courageous battle to live. Passionate about her biology studies at Paris VI, she is also supported in the joys of friendship, in music, and through two commitments, “a way of living my faith”: she is aid volunteer at the Order of Malta in which she has been declared posthumously “godmother” of the 2011 promotion of rescue workers and paramedics and catechist in the parish of XIX with difficult teenagers. Her own course the closer to them and offers them Faustino as a friend and guide on the road. Aware of her health condition, on June 2008 Heloise secretly begins writing a will project will that we found among her papers after her death.

The found will project mentions her desire to serve the poor, especially to support the missionary activities in Madagascar Father Bertrand de Bourran, her uncle, a priest of the Foreign Missions of Paris.Heloise will project could not be completed or formalized when she was alive. But it gave rise to an initiative of her family in her memory, and her spiritual struggle continues to bear life.

In 2011 the “Endowment Fund Charruau Heloise” is created, and additionally in 2013 the “Heloise Charruau Foundation” under the aegis of Caritas France Foundation.The aegis of Caritas France Foundation provides not only administrative and fiscal support but also relationship network with other Foundations facing the fight against educational and care poverty in the World.Thus, “Heloise Charruau Foundation” is not only a “simple Foundation of memory’, but rather a “Foundation extending the earthly life of Heloise”, so “looking to the future”. Through it, it seeks to provide a better chance of life for youth. We are aware that it is a mall drop in the ocean of material and spiritual poverty, but an Hope carrier! *·

** The Society of Mary is a teaching order founded in 1817 by Blessed William Joseph Chaminade. The Marianist Family is present today in 40 countries and has 20 000 members working to create and deliver educational projects, rural development and health. 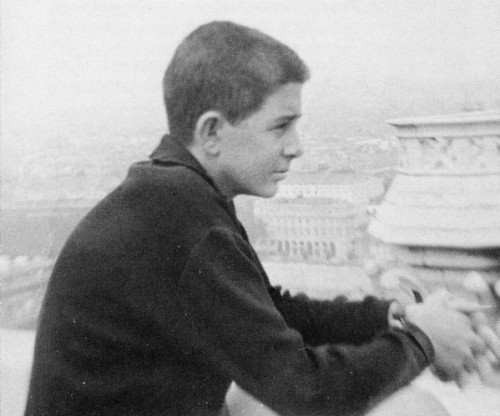 Faustino Pérez-Manglano
A Spanish Student and Postulant of the Marianist Fathers, the Venerable Faustino Pérez – Manglano Magro was born in Valencia, Spain, on August 4, 1946.

A student at the Colegio Nuestra Señora del Pilar from the time he was six until he died on March 3, 1963, of Hodgkin’s disease, while he was studying pre-university courses, Faustino was joyful and congenial, was enthusiastic about sports, camping, and everything good.

Few could have suspected the greatness of soul hidden in the small body of this boy who was everybody’s friend: his fidelity in every trial, his iron will, his intense love of Christ, his filial affection for the Virgin. He was a member of the Sodality State of Mary Immaculate from 1962, and on February 9, 1963, after receiving the Sacrament of the Sick, he made his definitive consecration.

From 1960, feeling the call of the Lord, his great ideal was to consecrate his life to the salvation of souls as a Marianist religious. Before he died, he promised to concern himself with vocations in Heaven.

Through his diary, one can see the work of the Holy Spirit in his soul, totally dedicated to the Lord.