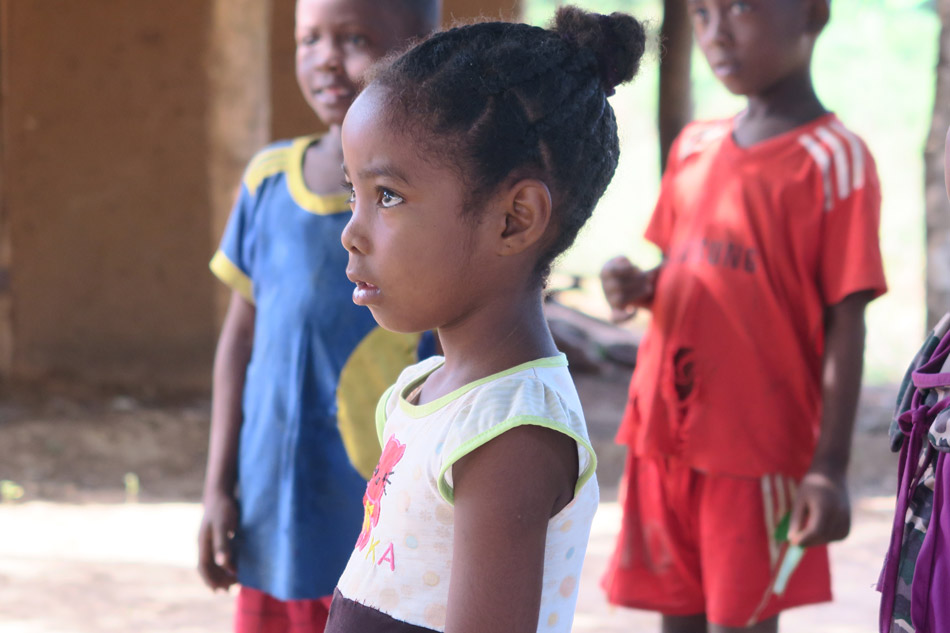 While Father Bertrand de Bourran, from Foreign Missions of Paris, was being transported by motorcycle through the jungle to the village of Begoago, 17 kilometers from Tsarahasina. On their own, as part of their journey, members of the Héloïse Charruau Fondation under the ageis of the Caritas France Foundation went by foot & by canoe with their Malagacy friends from Tsarahasina village’s Parish to the same village. On their way, they were surprised to be met by the village’s children. The amateur video below shows the meeting in question and then the time spent with the children as they are entertained by Father Lionel of Tsarahasina parish. It appeared that despite their destitution, these children are quite serene and there is a noticeable lack of aggressively in the games that they play. They are bright & are easy to laugh but always keep an attentive ear to whomever is speaking to them, demonstrating their thirst for knowledge.

BENIN : From Ouidah to the inauguration of Nahorou school

BENIN : From Ouidah to the inauguration of Nahorou school, The Héloïse Charruau Fondation, represented…

Benin : Inauguration of the Bounvari school

MADAGASCAR: The “ Héloïse “ bell, born in Annecy, creates a christian rhythm in the life of Tsarahasina.